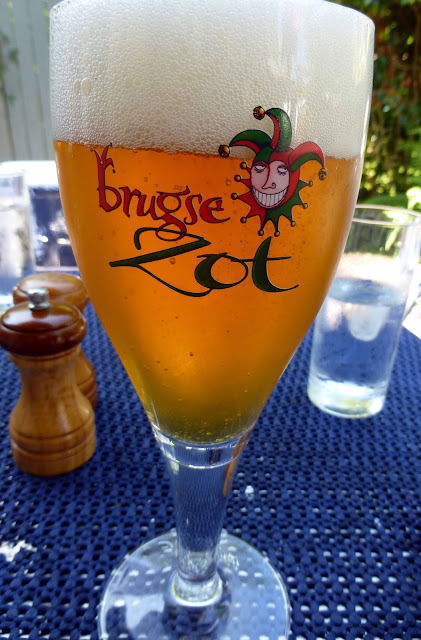 Summer time finds us in Blairs County, dipping into some gorgeous salads and sipping ( maybe even gulping!) some terrific craft beer in the gardens of Blair’s Inn.

Don't know of any other restaurant where you get a Beer List as a separate offering from the Wine List. And they have some fantastic beers to choose from. A couple from Dungarvan Brew Company on cask, the hugely popular Howling Gale Pale Ale from Eight Degrees along with Friar Weisse (a favourite of mine) from Franciscan Well on draught and loads more in bottle.

Top beers in bottle include the tasty West Kerry Brewery Blonde Ale (known as Beal Ban) and don’t forgot you can also have the ace Stonewell cider (dry or medium dry) in bottle from the Nohoval Brewing Company.

And then there is a star studded line-up of imports, including a  couple by Brew Dog and Sierra Nevada from the US. There is a “jokey” presentation employed by the Belgians that make Brugse Zot Blonde Ale but the brewers aren’t clowning around and this 6 per-center is a serious gem and highly recommended. Really enjoyed that one.

Oh, I almost forgot. We did go there for the lunch. And we weren't disappointed on that score either. Those Oysterhaven mussels, neat and tasty, are delicious, especially with  that White Wine and Garlic Cream Sauce.

It was super hot in the Blair’s Inn kitchen and still the team came up with the goods. Absolutely thrilled with my mains: Warm Salad of Cashel Blue Cheese and Roasted Pears. CL took the cool route and she was impressed with the Cold Meat Platter of the Day (mainly chicken and O’Crualaoi’s corned beef) served with salad, pickle and their own gorgeous Chutney.

What better way to finish off this delightful summer lunch, eaten as the little river bubbled along at the end of the garden, than with a bowl of luscious strawberries!

Now stop clowning around with my Brugse Zot. Wonder if Mr Bradley has some of those in North Main Street! 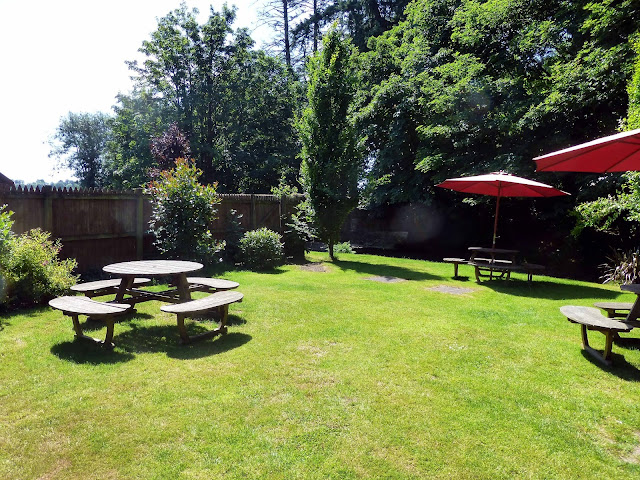