MUNSTER FOODIE TWEET-UP
Ace chef West Cork’s Bryan McCarthy (left) is looking forward to welcoming foodies from Munster (and probably) to a monster foodie tweet-up at Springport Hall Hotel on the first Sunday of next month, March 4th. No less than nine courses are planned for the evening which begins with a drinks reception in the Balltydaniel Bar in the highly rated hotel.

Bryan is the chef at the 4 star 1 AA Rosette hotel, “cooking with the seasons and using local artisan produce”. You’ll find him on twitter under @newfoodie2012 while the hotel itself tweets as @springfort and the event tag is  #munsterfoodietweetup . Costs are €75pp for drinks reception, 9 course tasting menu & wine (+ accommodation €25pp).

“This is going to be brilliant,” Bryan enthuses. “We already have a lot booked and spaces will be limited. It’s a great deal at that price and it's going to be epic! The local disco is going to be well over before we finish up. Don’t worry about the disco though as it's rumoured there might be a DJ on the night!”

Bryan is pretty well known for his sensational Twelve Hour Feather Blade of Hereford Beef which went down a treat at last year’s Taste of Cork in Fitzgerald Park. We asked him if it will be on the menu.

Bryan: “As for the menu, there will be lots of local produce including Jack McCarthy’s black pud, Ardsallagh goats cheese, our own pork, wild garlic and of course the Feather Blade beef.”.

Conor O’Brien of JN Wines is consulting with Bryan on the wine list. Details have yet to be finalised. Conor tells me it'll be a sparkling wine reception, then one white wine, two red wines and a dessert wine to finish. “This will be JN wines third time sponsoring the #munsterfoodietweetup and we hope to keep that up into the future.” 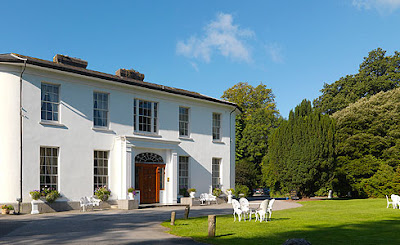