Getaway to the City of the Tribes. Two Days in Galway.


Getaway to the City of the Tribes.
Two Days in Galway. 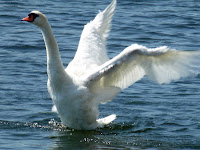 Galway city centre is compact and it is often packed. Finding parking can be a problem so we’re happy when our guesthouse suggests we park there on College Road and stroll into the centre even though we arrive well before the given check-in time.

Eight minutes after leaving the car we arrive in sunny Eyre Square, so sunny in fact that people are seeking shade. A group of French students have gathered under one particular tree and have squeezed into the roughly circular shadow underneath.

The sun is at its high peak, signalling time for lunch. We exit the square and head for the pedestrian area, amble right down to the Spanish Arch and a lovely restaurant, simply called Kitchen, attached to the Galway City Museum. Enjoyed the meal here.

Later we take a walk by the waters and find our own patch of shade for a siesta of sorts before heading back to the museum. Opened in 2006, and still a work in progress, the museum proclaims itself as a “collecting museum”. So you see many objects associated with the area, some donated by locals and friends (not mutually exclusive) and quite a few shared by the National Museum.

There are six main headings: Prehistoric, Medieval and Post medieval, World War 1, The 1916 Rising and aftermath, Pádraic Ó’Conaire, 19th and 20th Century Galway. Objects include some beautiful old wine bottles (probably 17th century). Galway had a shell factory during the Great War and there is a shell on display here.  You’ll also see some old clay tobacco pipes (dúidíns).

In the mid 1960s, Galway won three All-Ireland football titles in a row and that feat is enthusiastically celebrated. The bigger items include an Ó’Conaire statue and the biggest is what looks like a full size replica of a Galway Hooker. No, not a pint of the local brew, but the famous work-boat of the area. Admission is free. Details here.

After that, we retraced our steps, more or less, under the Spanish Arch, up through Quay Street, High Street and Shop Street, shuffling along with and against the other pedestrians, listening to and looking at the various buskers and street entertainers, and finding ourselves back in Eyre Square. We had a seen an illustration of the Tribes of Galway in the museum and in the square they are commemorated with a series of large banners.

The tribes were the families that effectively ran the city from the 15th to the 17th centuries. They were: Athy, Blake, Bodkin, Browne, Darcy, Deane, Font, French, Joyce, Kirwan, Lynch, Martin, Morris and Skerret. In 1493, the mayor and magistrate of Galway James Lynch FitzStephen, condemned and hanged his own son, an incident that is quoted as giving rise to the term “lynching”. The building, Lynch’s Castle, still exists and is now used by AIB.

Later we were back in the city centre for dinner at the Michelin starred Aniar, details here,  and then it was time for a night at our excellent base, the Ardawn House. Here, we had everything we needed, including that private parking!

Mike and Breda are exceptional hosts, always willing to go that extra mile, so that their guests enjoy themselves, not just while they’re in the house, but also when they go out and about during the day. Nothing is a problem here - they’ll give you all the local information you’ll need but in such a way that it’s your choice. In other words, they’ll give you the info but won't force their opinions on you. And, by the way, you’ll also have an excellent breakfast before you’ll leave their friendly place. 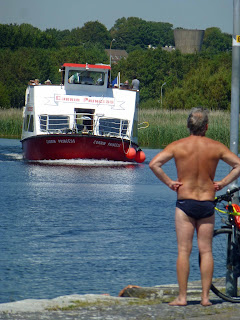 On the second day, we visited the very small fisheries museum, tracing the fishery story from 1283, in a restored Fishery Watchtower at Druid Lane.

The highlight though was our cruise on the Corrib Princess. You join the boat in the Woodquay area and head up-river passing the cathedral, the university campus, a couple of castle ruins (Terryland and the more impressive Menlo), before reaching the impressively expansive Lough Corrib, the biggest lake in the republic. It is a very pleasant trip, especially in the exceptional sunshine, and out and back takes about 90 minutes.

We had lunch earlier, and a very nice one too, at McCambridge’s, a Galway icon, details here.
And later, we called in to Sheridan’s, the famous cheese mongers and picked up a few bits and pieces, cheese not so much as most of it is available in Cork. 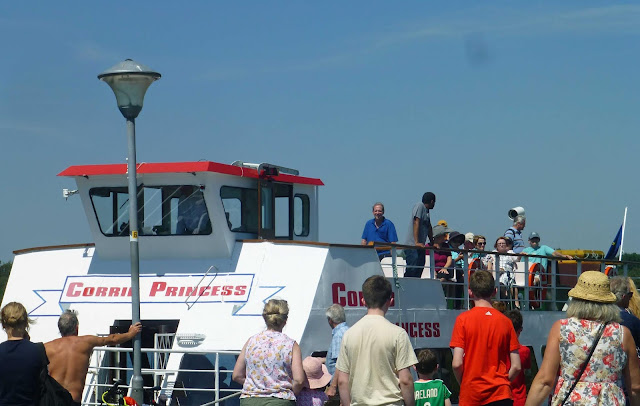 Dinner would be at the King’s Head Bistro, a delicious meal based on local produce including fish of course. And we then adjourned to the lively King's Head bar in a medieval building, But nothing medieval about the food and drink here, lots of craft drinks (including Galway Hooker), cocktails galore, music (after the World Cup game) and lots of craic. Read about it here. A terrific evening to remember a terrific visit by. Slán go fóill! 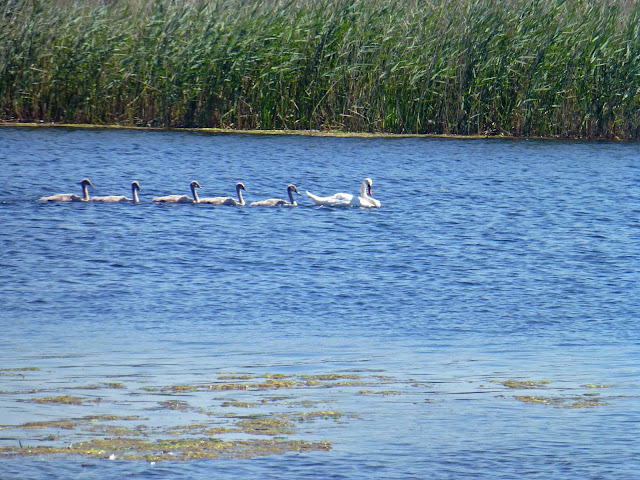