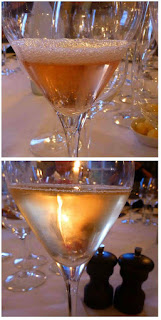 A few hours later, Lucy and I were ensconced inside Sean’s Presidential suit. There were lots of shrimps, bottles of champagne, laughs from the throat, laughs from the gut. Tom Jones, a Welshman to Sean Connery’s Scotsman, serenaded the room from enormous stereo speakers with “What’s New Pussycat?”
Eventually Sean took a seat on the couch between us so we could all study the dinner menu. The shrimp scampi and the vichyssoise, he said, were both a must. Sean poured us more champagne, which it was possibly a mistake to accept, as I was almost drunk already. Lucy, I could tell, was flirting with him…


From Boys in the Trees, a memoir by Carly Simon (2015).
No Recommendation
amuse bouche