Neven’s Cookery School. Step by Step with the Maestro

December 18, 2014
Neven’s Cookery School
Step by Step with the Maestro

It might sound strange but Neven Maguire reminds me of Christy Ring. At least in his approach to his cookery school students. He takes it step by step, building confidence from the start and lots of discreet back-up along the way.

I remember “Ringy”, back in the day, teaching a few of us to take a sideline cut. He just didn't throw the sliotar down and order you to strike. No, he found a high sod and placed it there and, if you made a half decent connection, you hit a good sideline ball. “Hey, I can do it!” After that confidence boost, the rest came with practice.

Christy displayed the technique and dispensed good advice as did Neven in MacNean House last Saturday.

Presentation is important but getting the flavours right is even more so.

That was an early nugget from Ireland's favourite chef during our one day Christmas Cookery Course with him, in his own Cookery School in Blacklion (County Cavan). It used to be a hairdressers but there’s a different kind of style now on display here, right next door to Neven's restaurant MacNean House.


The school has been open for twelve months. “It has been a great year,” said Neven. “A great year for me and a great year for my team. We are booked up every week from now until next June. But the Chef’s Table, a new venture of ours, is not too well known yet and that is not booked up.” The Chef’s Table (for 12 to 20 people) is situated here in the school and you’ll have Neven and his chefs cooking in front of you and serving you as well.


Neven always has great praise for his staff and many of them have been with him for years. His right hand people in the school are Olivia and Clare. “They keep it immaculate.”  Looking back at the year, Neven said it was a great one for him personally as he was voted Best Chef in Ireland and his new book Fast was voted best cookbook in Ireland.
As he took the varied group of students through the course, he was free with advice. He “ordered” everyone to buy a “plastic” wooden spoon, revealed that local Asian markets are “best for spices” and said that “broken walnuts are half the price of whole nuts”.  Looking for vanilla, then try Vanilla Bazaar. For Thai products look up Thai Gold in Wexford.


But Christmas Made Easy was mostly about the cooking. Everything from Mulled Wine to the Turkey was covered. The full title of the turkey lesson was: Buttermilk Brined Roast Butterfly of Turkey with Orange and Rosemary.

We got to make a Citrus Harissa Butter for the Turkey Crown. You can get the Harissa paste in most areas nowadays but if not available try sun-dried tomato paste instead. The Butter can also be used on grilled steak, pork chop, roast chicken and grilled fish (like hake).


We did a Pine Nut, Cranberry and Apricot Stuffing. By the way, dried cranberries are “very good in soda bread”. The other big item during the busy morning was the ham. Neven and his team were taking care of the ham itself but we got to do the Glaze and the Pineapple Salsa. Again, the glaze can also be used with Pork Chops while the Salsa goes well with grilled prawns. 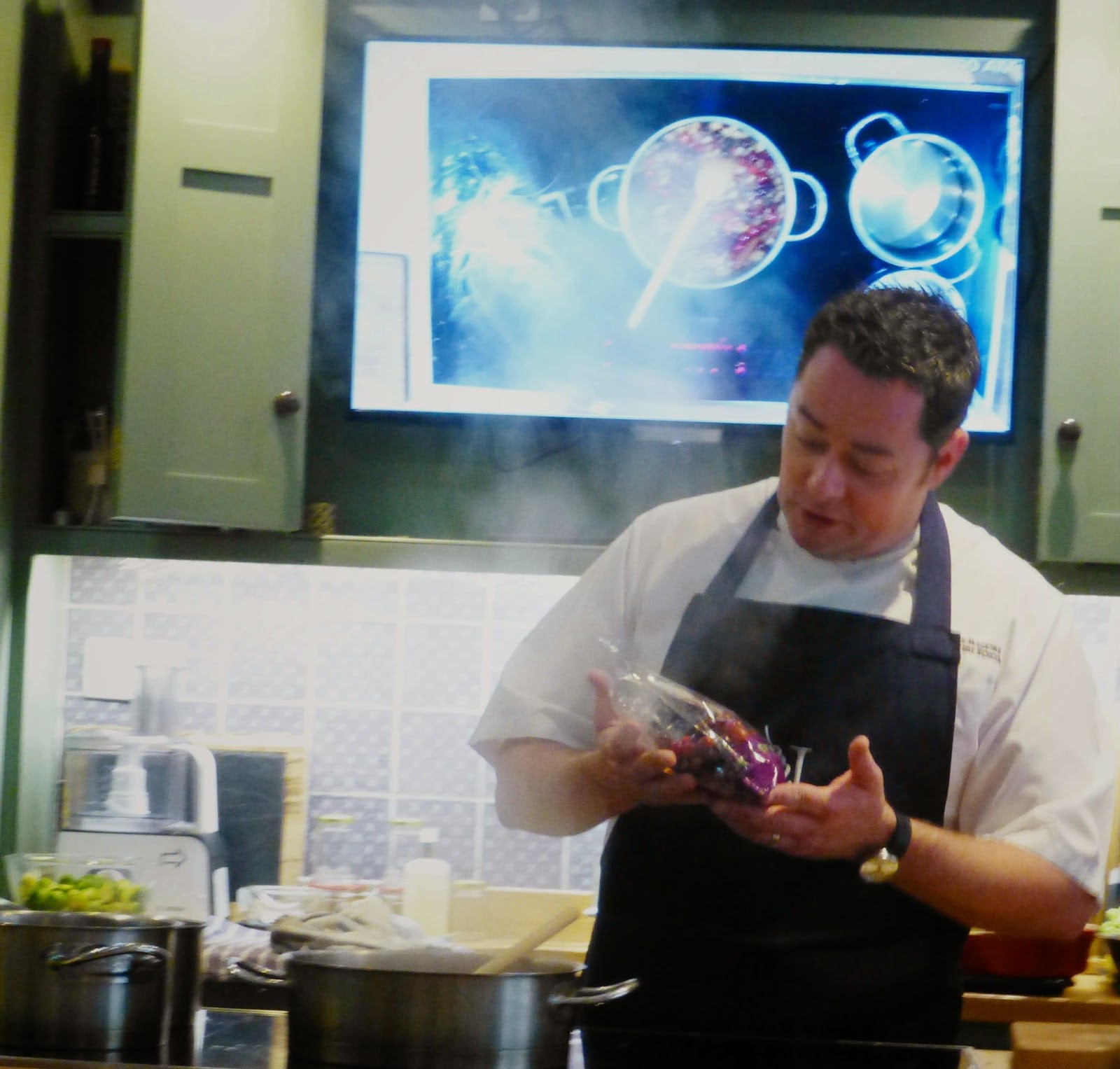 Speaking of prawns, we got to make our own starter for lunch, a Prawn Cocktail with the traditional Marie Rose Sauce. To tell the truth most of it was done for us but we certainly picked up tips and hints galore. Besides, it was quite a nice starter.

But the Turkey and Ham were just fantastic, so full of flavour and the turkey so moist. Lunch was followed by a Wine and Cheese Tasting conducted by Blaithin McCabe who has been here since 2007.

We started with La Contesse Spumante Prosecco and then a lightly oaked Potel Aviron Macon Villages 2011. The red was a Cotes du Rhone by Domaine Coste Chaude (2011) and then we enjoyed the Quinta do Noval 10 Year Old Tawny Port before sipping a MacNean Mulled Wine.

Perhaps the best match of the tasting for me was the Port and Cashel Blue cheese, made from cows milk. Also on the plate were Corleggy, a hard goats cheese from Cavan, Tipperary’s Cooleeney made from raw cows milk and Coolea (Cork) made from fresh cow milk.

Following an interesting tour of the kitchen, there were more lessons, including Chestnut, Wild Mushroom and Bacon Soup with Smoked Duck, Mulled Fruit Truffle, a Fruit Cocktail and Mulled Wine. Sadly though we had to hit the road earlier than most and missed the final session! Will have to go again in the future. 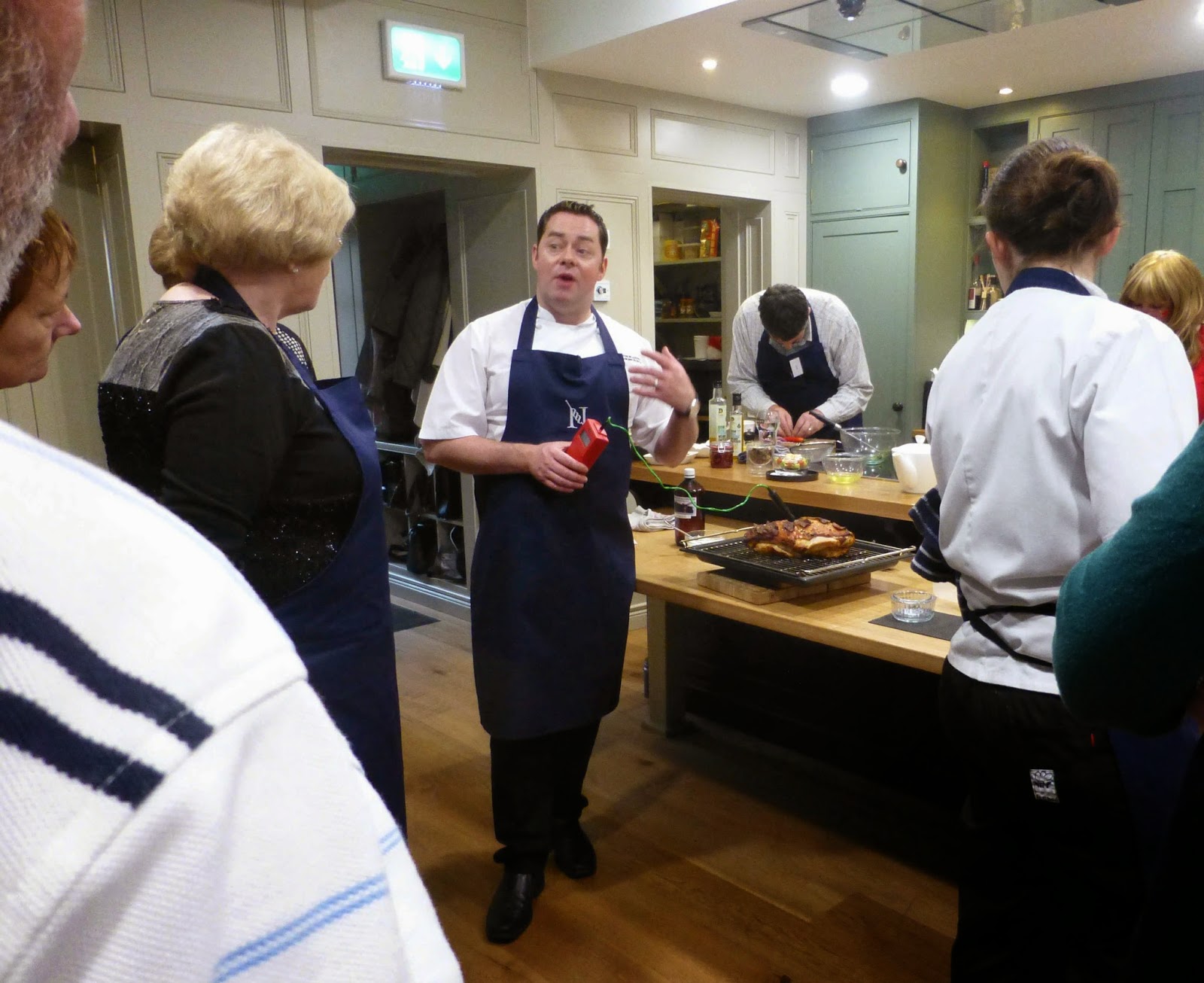