Night of Music in France 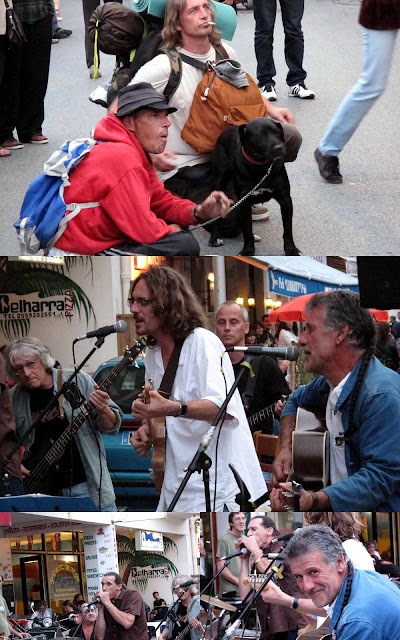 
We had a very agreeable surprise on our last night in France. While walking to local Chez Kake, we noticed quite a few stages set up and indeed by the time we reached the restaurant, music was already being played close by.

Checked and were told this is the French Fête de la Musique which has been going on since 1982 and which has spread to dozens of countries. Amateur and professional musicians are encouraged to perform in the streets. Many free concerts are organized, making all genres of music accessible to the public. More here


There was a terrific buzz around the streets with adults and kids out checking the various bands.

After an excellent meal, we checked out some nearby venues and, within less than 100 metres, found a terrific Cuban band, a band playing The Band’s music and another group doing songs by The Doors. Great stuff and not an ounce of trouble. Maybe we Irish could copy this one!

On one of our first days here, we had taken the short boat trip (€1.70) across the Bidasoa River to Hondarribia in Spain. Did the same on a low key last day as we wanted to see their unusual riverside airport.

That we did, and we also had a closer look at the luxurious Government parador in the town, to see the pock marks made by the cannon balls back in 16th century when it was a chateau.

This is quite a lovely town and its Calle Mayor was used in the opening shots of the 1973 film Papillon (starring Steve McQueen).
2012 France Hendaye Spain