Pleasures of the Sea at La Bohème 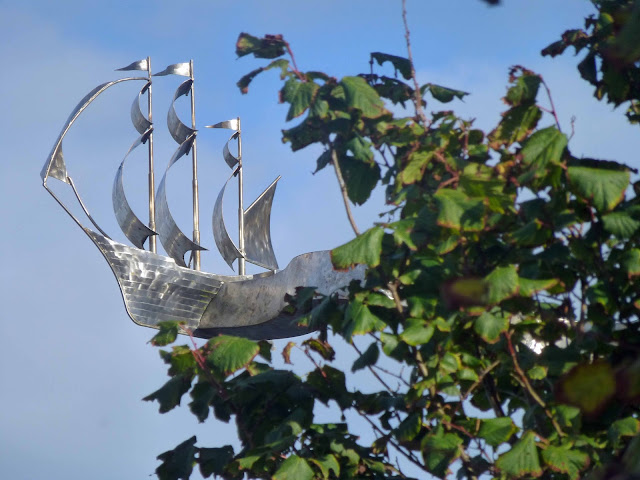 If you walk up Gladstone Street from the Waterford quays, you will immediately see, straight ahead, an elegant Georgian building. We are headed for the equally elegant basement underneath to enjoy the fruits of the sea served up by Eric Théze and his team in La Bohème.

When Eric and his wife Christine came here, it was love at first sight. “What endeared us to the vaults of the Georgian building we chose to restore was its flagstone floors, lime washed walls and arched ceilings that reminded us of the great kitchens of the French chateaux, their old world charm and classic culinary ambience. It was meant to be a restaurant. It has the heart and soul of a kitchen with the warmth and character of a home.” La Bohème started in 2006.

It is a taste of France in the heart of Waterford but the restaurant is very much committed to using Irish produce. “Fresh, free range, organic and delivered daily is like music to our ears.” Elda Wild, M & D Bakery, Tom Cleary, the Ballybeg Horticulture Initiative (salads, herbs, veg, even the flowers in the window boxes outside!), Butler’s Family Farm, Larousse, fishermen James and Maurice O’Rourke, Grantstown Nurseries, Sheridan's Cheese, Dawn Meats, Knockalara (sheep) and Killeen (goat) for cheese, Billy Burke fish, Tea Pigs and Fancy Fungi are among their suppliers.

In the city for the annual Harvest Festival, we started our meal last Saturday evening with Croustillant of local hand-picked local Crabmeat, Julienne of vegetables with a sweet and sour Vietnamese Sauce. Enhanced by that exquisite sauce, probably the best crab dish I’ve ever come across. 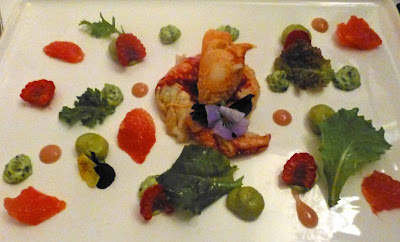 Next up was another classy treat, the Lobster Salad (Organic Leaves, Semi-sun dried Grantstown Cherry Tomatoes, Avocado Puree, Grapefruit, Watercress Mayonnaise, Raspberry Vinaigrette). A delicious memorable cold-plate! Lots of pairings here with the lobster, all good though my favourite was perhaps the ruby grapefruit. Wouldn't mind trying all those tasty mouthfuls again!

Then came the pièce de résistance, a duo of pan-fried John Dory and steamed Black Sole (in a plait!) and served with steamed new potatoes and a Pot au Feu of Tom Cleary Organic Vegetables, celeriac purée, and Lemon and Sorrel Butter Sauce. Hard to beat that gorgeous plateful but so easy to eat. 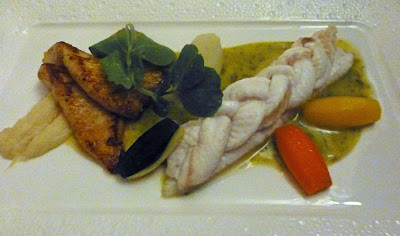 No resistance though to dessert: chocolate (lots of it!), sea-salt and vanilla ice-cream. It was a pleasure and a privilege to dine here. Merci beaucoup to Eric and Christine.