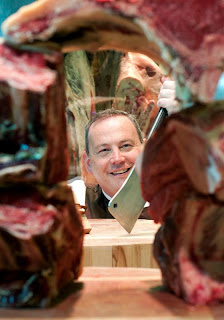 Thanks to Pat Whelan (left) for allowing us to publish this post of his from the Good Food Blog on http://www.jameswhelanbutchers.com
It has also appeared in his local paper, the Clonmel Nationalist. We thought it deserved further airing and hope you enjoy it. Certainly, we here agree with him!