Amarone and Ripasso. Not Quite Brothers. But Related.

January 27, 2015
Amarone and Ripasso
Not Quite Brothers. But Related. 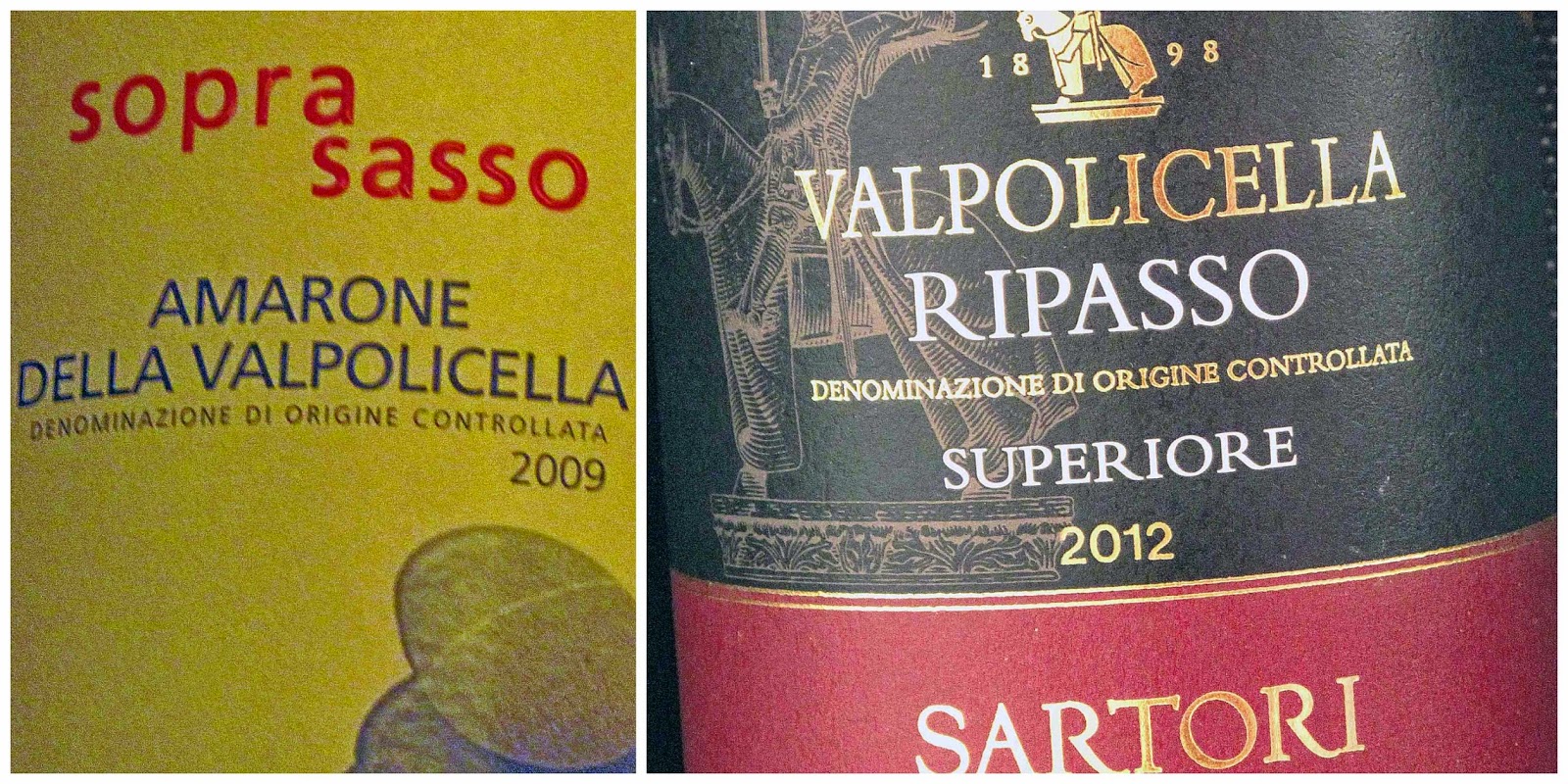 Amarone is a rich Italian dry red wine, from the Valpolicella zone centred around Verona in the Veneto region. It is much sought after and made from partially dried grapes.  Grapes are allowed to dry, traditionally on straw mats but much Amarone is nowadays produced in special drying chambers. The practice is known as appassimento.
Ripasso is a less expensive red wine, made by fermenting young wine with the unpressed but drained skins and lees left over from making Amarone and this process can give given the Ripasso a “super-charge”. This is known as ripasso (re-passed).
With so much “interference” going on in the winery, there are bound to be different styles across the area. If you’d like to try and compare the two examples below, you’ll find them in SuperValu, both with the Specially Sourced stamp.
Supra Sasson Amarone della Valpolicella 2009 (Italy), 15%, €25.00 SuperValu.

I’ve seen this described as “half-resembling Port” but I think that may be going a bit too far. Still, it is an excellent easy drinking wine and Very Highly Recommended. Colour is an intense red, close to purple. Aromas too are rather intense, mainly of red fruit. On the palate, it flows across impressively, a full bodied warming wine with no shortage of fruit, concentrated and very pleasant indeed and with little hint of that 15% abv.

The Ripasso is not as darkly coloured but its aromas are also very inviting indeed. Another warming wine on the palate with excellent flavours and spices, a very well structured wine with a much lower abv. Might be a “baby” Amarone but quite a big rich one and also Very Highly Recommended.

French Focus
The focus in SuperValu turns to French wines from the 12th of next month when they display a handpicked selection of "stellar wines". The list covers many areas of the country, from the Loire to Bordeaux, and already I have earmarked a Chablis Premier Cru (€20) and a Vacqueyras Domaine St Roch (12) as two to sample.


And not just from the big name areas. There are interesting wines too from St Chinian, Corbieres and Minervois. And, if you're in the mood to try a new variety, they have a hand-harvested Carignan (10.00) and a young Mourvedre (9.00) and also a Bourboulenc (10.00). Looking forward to trying some of those!