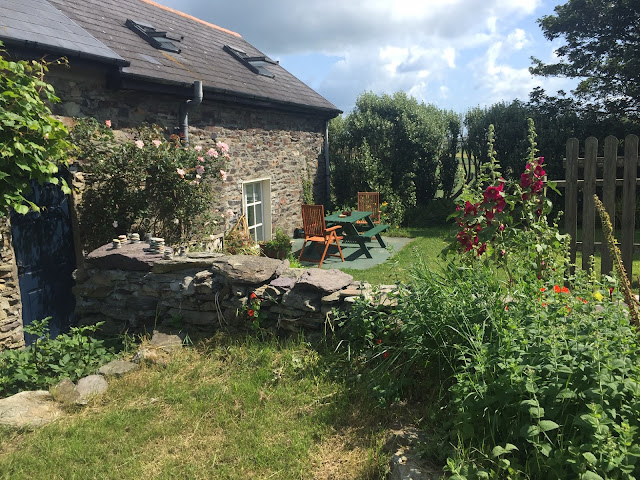 Enjoy the wonderful hospitality of Gilly and Richard Murphy and a wealth of cookery and cocktail expertise from renowned chef Caitlin Ruth at the recently beautifully restored 18th Century Dunworley Cottages, near Clonakilty in West Cork.

Dunworley Cottage has been synonymous with great food since the year its doors opened as one of Ireland’s first organic restaurants. Before anyone else was talking about seasonality, hyper-local food, foraging and ever-changing menus, Gilly and Richard’s strong focus on seasonality, and the connection created between the growers, makers and farmers who were also neighbours, made the lavish dinners hosted here ahead of its time.

In the intervening years, Gilly and Richard have focused their attention on growing incredible produce from their working organic garden overlooking the Atlantic Ocean at Dunworley Beach. Over 100 varieties of fruits and vegetables are grown here, hand-picked and used by the most discerning of West Cork restaurants.

One such restaurant is headed up by one of West Cork’s greatest chefs. Caitlin Ruth, head chef of Deasy’s Harbour Bar and Seafood Restaurant, has been cited as “one of Ireland’s most exciting chefs” and is often lauded for her innate understanding of West Cork ingredients, both wild and cultivated. 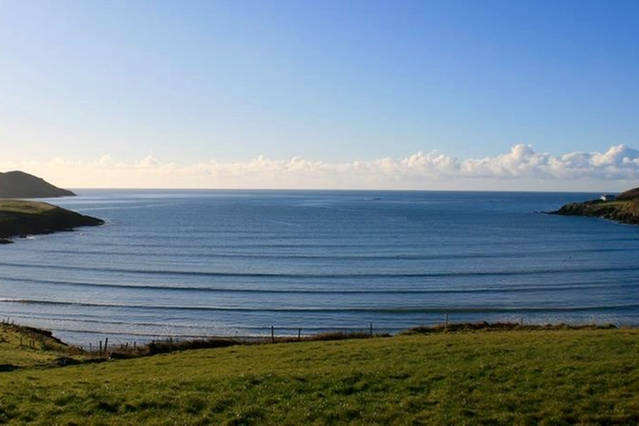 Inspired by the beauty and bounty of West Cork and the wild Atlantic coastline, Caitlin also draws on influences and flavours from around the world that intrigue and excite her; finding ways to incorporate them into a modern approach to Irish Cuisine. Pickling, fermentation, syrups, bitters and cordials all make an appearance in Caitlin’s food – layered, rich and exploding with flavours that truly excite the palettes of her diners.

These two champions of simply great food have joined forces to create a Gourmet Escape unlike any other.

From 27th to 31st September, spend four days cloistered from every day distractions as you immerse yourself into a world of West Cork Food. Gilly, Richard and Caitlin are your hosts, guiding you to some of their best loved, sometimes secret, locations for sourcing the freshest and best ingredients.

Visit their organic garden; head out and meet Denis the local lobster and crab fisherman and collect his catch of the day for your dinner that night, and take in the Wild Atlantic scenery on walks along the Seven Heads Peninsula and Dunworley Beach. Back at Dunworley Cottage, Caitlin will lead several culinary workshops demonstrating liqueurs and preserves with ingredients picked from the organic garden.

Learn how to make cocktails and how to cook fresh lobster from pots pulled earlier in the day; forage and learn to identify and pick coastal vegetables. Bake bread together, and dine on exquisite long-table dinners paired with natural wines. Learn how to preserve foods grown in times of abundance to extend, and transform, tastes of each season.

Caitlin Ruth said, “This is a weekend escape where the focus is as much about feeding your soul as your bellies! A true escape where our guests will be fully immersed in everything that makes the food of West Cork so special: the people, the place and the care taken to create exceptional produce – the best in the world. Our guests will glean a new found appreciation for where our food comes from; the naturalness of it and how the landscape sculpts the flavours that we can capture from it.”

This is a culinary experience for those looking to extend their interest in cookery, and to learn more from their knowledgeable hosts. Maybe you have dined in Deasy’s before and have long held an interest in how Caitlin works her magic in the kitchen. Or you have an insatiable curiosity to trace where your food comes from to the source, beginning your own farm to fork journey.